latest entries today
Comments
7
Started on
2022-03-29
Started by
bern broeren
Report
Report Title
the most active users in this title: 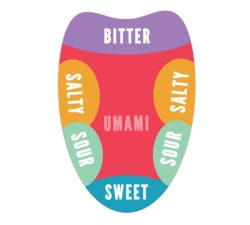 In addition to the senses of smell, sight and touch; the sound level in the environment also affects the taste of what we eat and drink.

Noise in the environment suppresses our sense of taste and increases our cravings for salty or sweet. In quieter environments, the taste of the food is better because we feel the salt enough.

"In the study, the researchers asked participants to eat chips and cookies while listening to white noise at either high or low volumes, or in silence. They found that the eaters perceived saltiness and sweetness as less intense when they ate the food in the presence of loud background noise, in contrast to when they ate it with quieter or no background noise."
See the research here: www.sciencefriday.com/articles/does-sound-affect-the-way-we-taste/
bern broeren

In environments such as airplanes, where we are constantly exposed to noise, the umami taste, called the 5th taste, is felt more prominently.


Due to this taste, which is abundant in tomatoes, it is thought that the demand for tomato juice on flights has increased.

"Noise is currently the second most common complaint amongst restaurant-goers, behind poor service. In fact, over the last decade or two, many restaurants have become so loud that some critics now regularly report on the noise levels alongside the quality of the food. In this review, I first highlight the growing problem of noise in restaurants and bars and look at the possible causes. I then critically evaluate the laboratory-based research that has examined the effect of loud background noise on taste perception. I distinguish between the effect of noise on the taste, aroma/flavour, and textural properties of food and drink. Taken together, the evidence now clearly demonstrates that both background noise and loud music can impair our ability to taste food and drink. It would appear that noise selectively impairs the ability to detect tastes such as sweet and sour while leaving certain other taste and flavour experiences relatively unaffected. Possible neuroscientific explanations for such effects are outlined, and directions for future research highlighted. Finally, having identified the growing problem with noise in restaurants, I end by looking at some of the possible solutions and touch on the concept of silent dining." 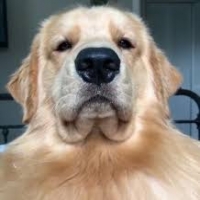 Information that shows once again how important environmental sound is.

0 likes
2022-04-29 04:51:09
like  flag ...
Share
Page:
Text entry
Add Photo
Add Video
The Effect of Sound on Taste of the Things You Eat and Drink3mori performance6fundamental attribution error5star san5ahp newspaper2spanish mackerel6
login or sign up
Comments
7
Started on
2022-03-29
Started by
bern broeren
report
report title
the most active users in this title: