latest entries today
Comments
6
Started on
2022-05-05
Started by
bern broeren
Report
Report Title
the most active users in this title: 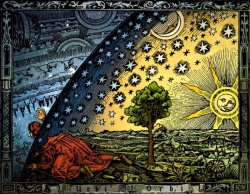 it is not a theory. it is the only reality there is.
it indeed is the most well kept secret of human history and the most conspicuous and self-evident piece of common knowledge that has been running through ever since reality has existed:

the fact that you (yes you!) are the center of the whole universe. every singe thing that happens in the universe has been and being generated in each single moment for your benefit. So, basically the news of a war you hear on tv happens so you hear it that particular moment. That plane you see over the cloluds is passing from there so you can see it. the car that just passed by was there to play that role that moment işn your life an so on..
So, the big question is: how about the other individuals? are they just npc/roleplayers? no! in fact the whole universe is arrraned around every single individual seperately for each individual's benefit simultaneously.
now, you might be thinking: how is that even possible. billions of individual universes with trillions of elements in each and with countless events happening in each for the benefit of that one individual, yet they are also coexisting with each other without any mix up?
what if i say: yes, that's exatly what is happing, and happening so perfectly.
but, how?
well, that is the real breaking point isn't it. yet, that is where the big understanding lies. the transcendent understanding, if you will.
to be able to absorbe that understanding, lets first conside ran everyday occurance that we are so familiar yet seldom pay attention to (also something that became available to human experience pretty recently):
just consider ordinary smart phone. a device that is able to run dozens of apps at the same time simultaneously! in fact you can open probably 10, may be in some models 100 apps (gmail, youtube, instagram, etc., etc.) and that one single chip can run all of these complicated apps with thousands of variables at the same time within the very same space without any mix ups!
now, granted, if you start to increase the number of open aplications, at a certain point, the phone won't be able to run them together anymore, because this will exceed the capacity of the processor.
now, this is where things get interesting!
what if, the processor had infinite capacity?
then it could run infinite number of apps at the same time right?
okay. i think, now you get the gist of it all!
the answer to the original question in fact lies in the understanding of the above puzzle:
there are in fact billions, may be infinite number of universes with infinite number of variables interacting simultaneously with each other, with each single interaction/occurrence happening singularly for the benefit of each single universe, without even a possibility of mix up.
that, my friends, why we have the word infinity in our dictionaries. and, our great great great ancestors, even thousands of years ago came up with the word "omnipotence".
in the end, they pretty much lived the same lives as us minus a few Knick knacks we have today. they had the same questions, same worries, same emotions, same conundrums. and, it would be awfully pretantios of us to assume that we are any better situated to answer the grand questions than the wise man of the other milleneas. who is to say that any us is better equipped to undesrtand the experience we call life than plato, or heraclitus or even people of gobeklitepe? 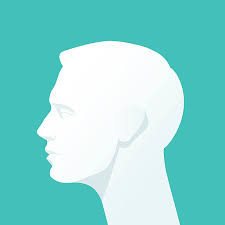 in fact, what wolfram talks about in this convo, might be kind of leading to this..
becca bronovic

it might have something to do with this: en.wikipedia.org/wiki/Chaldean_Oracles

now that #plato was mentioned, his forms/shadows duality is kind of compatible here.

0 likes
2022-07-06 04:38:54
like  flag ...
Share
Page:
Text entry
Add Photo
Add Video
johannes fritsche6he who loves the abyss must have wings4ontology5when nietzsche wept6eudaimonia6
login or sign up
Comments
6
Started on
2022-05-05
Started by
bern broeren
report
report title
the most active users in this title: